Editor's note: This paper was published by Wang Haisheng and Shi Wenliang in the proceedings of 2015 national coal preparation academic exchange. The original title of the paper was "Application of FGX-24 composite dry coal separator in Donghuantuo Coal Preparation Plant". When selecting this platform, the content is deleted, and the drawing is selected according to the content. Here, I would like to thank the author of the article.

The coal preparation plant of Kailuan (Group) Donghuantuo mining branch, with a design production capacity of 1.5mt/a, is a mine type power coal preparation plant. Coal belongs to gas coal, which has the characteristics of soft reject hardness, large amount of fine coal, wet and sticky coal, not easy to screen, coal and reject are easy to muddy and not easy to settle. The original coal preparation method adopts 50-6mm dense medium separation. With the change of underground coal quality, the recovery rate has been less than 20%. Through the floating and sinking test of screening, it is found that the effect of separate heavy medium separation for particles below 30-6mm is better, and the recovery can reach more than 40%. Because there is lots of reject with particle size of more than 30mm, composite dry coal separation is adopted for materials with particle size of more than 30mm, and the reject is pre-arranged to improve the recovery rate of clean coal and economic benefits. In the commissioning process of Donghuantuo Coal Preparation Plant, the compound dry separator did not fully achieve the expected effect. The problems encountered mainly include the following:

(1) The phenomenon of reject sliming is serious. The coal slime circulates in the air duct. In the process of circulation, the air outlet of the screen bed is blocked, and the air volume cannot meet the requirements, affecting the separation effect.

(2) There are many sundries such as plastic bags, textile bags and small wooden boards in the raw coal underground, which leads to the blockage of the air inlet of the screen bed and induced draft fan.

(4) The selected 30-80mm raw coal contains a large amount of reject, mixed with more middings, and the coal content of reject is high.

Donghuantuo Coal Mine has large external moisture, which belongs to wet and sticky coal. In particular, the phenomenon of raw coal sliming is serious. In the process of dry coal separation, with the action of wind force circulating in the air duct, it will stick in the air duct after a certain time, paste the air duct, and reduce the air volume to a certain extent. Due to the strict requirements on air power for composite dry coal preparation, sticky coal has a great impact on wind separation.

The feed particle size of the compound dry separator in Donghuantuo Coal Preparation Plant is mainly 30-80mm, and there are few fine-sized materials in the feed. The composition of pulverized coal and bed updraft cannot form a gas-solid two-phase mixed medium, i.e. authigenic medium. At the same time, the particle size of 30-80mm contains a large amount of reject. In the separation process, there are high requirements for the reject discharge capacity of the equipment.

The raw coal of Donghuantuo Mine has a high reject content of 30-80mm particle size. When the underground coal quality is poor, the reject content exceeds 60%. In the process of using the compound dry coal separator, due to the large content of reject and the limited amount of reject at the reject discharge port, the content of clean coal mismatch is large, which seriously affects the quality of clean coal and reject.

04.OPTIMIZATION AND TRANSFORMATION OF PROCESS AND EQUIPMENT

In the original design process, raw coal with particle size of 30-80mm directly enters the composite dry separator for separating. In the commissioning and production, the separating failed to achieve good results. Through the research and practice of the separation principle of the composite dry separator, the process flow is optimized. A counterattack crusher is designed to pre crush the 30-80mm particle size materials by 40mm. After crushing, the content of pulverized coal is increased. Due to the operation of authigenic medium, the separation effect is improved.

As the raw coal of Donghuantuo Mine is fragile, it leads to large dust in the periphery, which leads to the loss of clean coal on the one hand and affects the working environment of workers on the other hand. Therefore, by optimizing the ash cleaning PLC program, the original automatic ash cleaning time is changed from two hours to half an hour, and in the process of ash cleaning, it is transferred separately through the coal separator to avoid secondary dust caused by multiple belt transfer. After use, the amount of peripheral dust is significantly reduced.

The original induced draft fan only gives ideal consideration to the recovery of coal dust, and does not consider the situation that there are many sundries such as wet fine coal and plastic bags underground, which often blocks the air duct and sieve plate. After adding baffles, plastic bags and other domestic garbage can not be directly sucked into the induced draft fan, which plays a certain diversion role and indirectly ensures the smoothness of the air duct.

(3) Extend the length of flap between chutes of each product

The two flaps between the original clean coal, medium coal and gangue are relatively short. When there is a mismatch between gangue and clean coal, the adjustment range is limited. When the calorific value of cleaned coal is higher than the production demand, the operator needs to adjust the cleaned coal turnover plate to expand the medium coal mixing rate. However, due to the short turnover plate, when the limit is reached, the cleaned coal still has a high calorific value, so the cleaned coal output is relatively reduced. The same is true when adjusting the amount of gangue. By extending the flap, the adjustment range of clean coal and gangue is expanded, and the operator can adjust the flap more flexibly, so that the quality control of clean coal and gangue is more accurate and the products are more competitive in the market.

(4) Increase opening of back plate of gangue section

The raw coal in Donghuantuo Mine is fragile, and the content of reject in the particle size of 30-80mm is large. According to the original design process, the raw coal enters the main washing system. The recovery rate of clean coal with particle size of 30-80mm is low, and the pipeline is seriously worn due to the large amount of reject. By using FGX-24 composite dry separator, the calorific value of 30-80mm raw coal after reject discharge reaches more than 3900kcal / kg, the reject discharge rate is high, and the coal content of reject is less than 5%. Through comprehensive analysis, the cost per ton of heavy medium coal is about 18 yuan / T, the cost per ton of dry coal separation is about 4 yuan / T, the comprehensive cost is reduced by 14 yuan / T, and the economic benefit is obvious.

Compared with heavy medium separation, the composite dry coal separator does not need strict density control, but only needs to adjust the turnover plate, screen front baffle or screen angle between product chutes. In addition, when the coal quality is poor, the amount of reject is large, and the back plate reject opening needs to be opened on site to increase the amount of gangue discharged. In the process of equipment operation, compared with heavy medium coal preparation, less on-site personnel are required to operate, and there is no need to set too high requirements for the quality of employees. Employees only need a short time of training to operate.

(4) The amount of overhaul and maintenance is small.

After application of FGX-24 in Donghuantuo coal preparation plant, comparing with heavy medium preparation, it has greatly reduced the separation cost, with considerable economic benefits. The air separation process of Donghuantuo Coal Preparation Plant adopts 30-80mm particle size raw coal separation, which is characterized by large amount of reject and high external moisture of coal quality. Through the optimization and transformation of the original process and equipment, the operation of the equipment is stable, the production accidents are significantly reduced, and the production efficiency is significantly improved, which provides a reference for other coal preparation plants to use dry coal separation equipment to separate raw coal of similar coal quality. 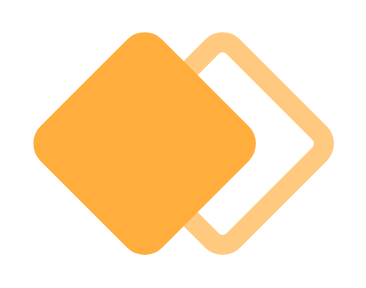 Why is this coal preparation p...

FOLLOW WITH OUR WECHAT,
TO KNOW MORE ABOUT SHENZHOU GROUP.
nest text: Why is this coal preparation project called environmental protection project and benefit project?

PRICE? YIELD? MODEL? AFTER-SALE SERVICE? PEASE LEAVE A MESSAGE ONLINE, WE WILL REPLY TO YOU AS SOON AS POSSIBLE.